You are here: Home / The Complete List Of How-To Tutorials For Internet Dummies / The Social Networking Tools Taking Over Communication Today – Blessing Or Curse? /
Disclosure: Your support helps keep the site running! We earn a referral fee for some of the services we recommend on this page. Learn more

Usenet gives you access to millions of oddly specific conversations happening all over the world. Imagine being able to tap into any one of thousands of active communities centered around any topic you like – This is what Usenet allows you to do. Here we will teach you practical skills, for instance: 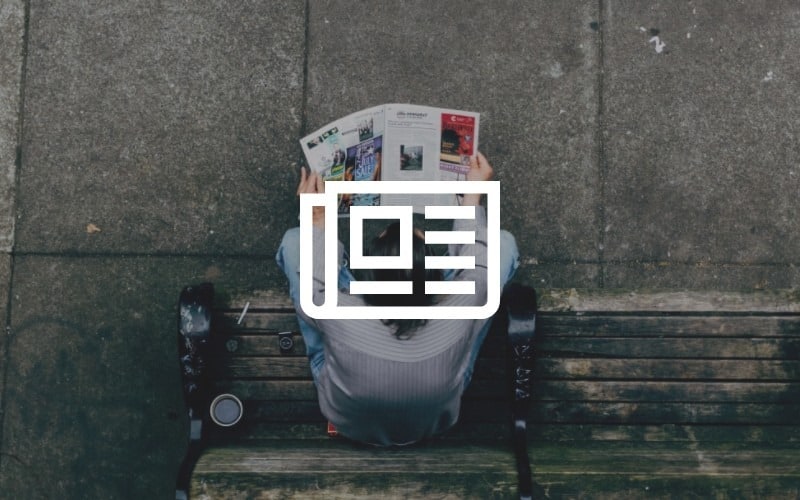 When you think of the internet, you probably think of the World Wide Web — documents and applications linked together, accessed via HTTP with a web browser. Some people think these two things, the internet, and the web, are synonymous. They aren’t. The internet, the actual network of networks, is home to a lot of things besides Web pages.

One of those things is Usenet — a massive world of communities, messages, conversations, and file sharing. Most casual internet users know little to nothing about this community.

A Usenet newsgroup is a repository of messages from people all over the world. Usenet was a popular internet service until the World Wide Web took over. In the early days of the Internet, Usenet was one of the best ways to share information, connect with other people, and build global communities. With the introduction of browser-accessible internet forums, Usenet has vastly lost its ground.

Newsgroup messages are very much like email lists, except that messages are posted publicly rather than sent to individual users.

Newsgroups are organized in a hierarchy. There are 9 main top-level hierarchies; the Big-8, and the alt. The Big-8 are computer science, humanities, miscellaneous, news, recreation, science, sociological subjects, and talk which houses controversial topics. The alt category is the least moderated and contains a massive number of topics. Prefixes are used in the naming of newsgroups to indicate the hierarchy they belong to, such as talk, rec, and alt. For example, sci.bio.evolution is a newsgroup under the hierarchy of science where people talk about evolution.

Newsgroups can either be moderated or unmoderated. Before posts can be placed into moderated newsgroups, the moderator must approve them.

Usenet newsgroups come in either text or binary form. Text newsgroups typically contain posts on a topic. Binary newsgroups involve the distribution of files such as pictures and videos. This distinction was originally made to help users minimize their bandwidth usage with large video or image files.

Usenet is a Distributed Discussion System

What Do People Talk About in Newsgroups?

There are newsgroups on all sorts of topics from knitting to lock picking. Because they require a bit of technical knowledge to use, Usenet tends to attract a more tech-savvy user base. This results in an abundance of topics that some might consider “nerdy”, such as computers, programming, technology, math, Star Trek, comic books, and geek culture. Yet, there are plenty of other newsgroups. In fact, there are over 110,000 of them. Although many are no longer active.

There are many newsgroups dedicated to file sharing. These usually have the word “binary” (as in binary files) in the title. For example alt.binaries.pictures.drag-racing is a binary newsgroup in which members share pictures of drag race cars.

There are two things you should know about Usenet and file sharing:

It’s important to realize, though that this is not the extent of Usenet’s uses. There is also legitimate file sharing and plenty of non-binary discussion groups on all sorts of topics.

How to participate in Newsgroups

Unfortunately, setting up and running a serious Usenet server takes skill, money, and ongoing investment. This means there are virtually no free options for accessing and participating in Newsgroups.

So, in order to participate in Usenet, you’ll need to pay for an account with one of the many commercial Usenet service providers.

You may be able to sign up for a free trial with some of these companies. Once you either pay or sign up for a trial, you will be sent credentials via email. This email may also contain a downloadable newsreader. Or, you can find a standalone newsreader to download elsewhere if you prefer. Once you enter your credentials into the newsreader settings, you will have access to all of the Usenet newsgroups. This allows you to subscribe and follow groups that you are interested in.

If you’d rather not pay for a Usenet provider, your other option is Google Groups. Google Groups provides access to Usenet newsgroup archives. Though, this is best used for historical research. Google Groups contains an archive of the posts from early Usenet days but contains very few recent posts.

In 2001, Google bought up the archives of Dejanews, a large Usenet provider that had gone out of business. These archives date back to 1981. Google made these available as an invaluable source of cultural history and technical knowledge.

At the same time, Google created Groups, its own group messaging service. All of the archived Usenet messages were published into Google Groups. For the past several years, the functionality of Google Groups has diminished along with its user base.

The Decline and Fall of the Usenet Empire

In many ways, Usenet is a dying medium. In the 1800s and early 90’s when the internet was just starting out, Usenet was one of the best ways to share information, connect with other people, and build global communities.

These functions have largely been replaced by other Web-based resources, communities, and technologies:

At the same time that thousands of easier-to-use alternatives became available, Usenet suffered from another, paradoxical malady: overuse.

In September of 1993, America Online (AOL) began providing easy access to Usenet. At that moment, thousands of new, inexperienced users flooded the system. That month became known as Eternal September.

Before then, Usenet was mostly available only at colleges and universities. So, every September would bring with it a large crop of new users. It would take some time for these new users to become acculturated to Usenet’s culture and etiquette. As a result, Usenet became overpopulated by inexperienced users unfamiliar with the unwritten rules of online culture during this month.

When AOL provided access to Usenet in September 1993, the usual influx of new users turned into a flood. With more and more service providers enabling access, the flood never ended. It was, as one commentator first put in 1994, “the September that never ended.”

The rise of commercial access to Usenet coincided with the rise of affiliate marketing and internet advertising. Seeking cheap clicks, spammers flooded Usenet newsgroups with ads and offers. This overwhelmed a number of Newsgroups, which had no central moderating authority to filter out the illegitimate messages. Many users simply gave up and switched to other communities.

The final ending to Usenet newsgroups was the result of file sharing. The combined weight of freeloading file seekers, DMCA takedown notices, and adult content transformed Usenet from a network of discussion-based communities into a virtual garbage heap.

Even after all of that, the rumors of Usenet’s death have been greatly exaggerated. It is still alive and well, though very different than it was before. Usenet has become, in essence, a bifurcated system — there are two different Usenets, operating within the one Usenet system.

The last remnant of the old, discussion-based Usenet survives in text-based Usenet platforms such as Google Groups. The bulk of Usenet, accessible from the paid providers mentioned above, is primarily used for file sharing.

Starting Your Own Newsgroup

Various processes have been developed to allow people to create their own newsgroups. However, there is little reason that you should ever have to create a Usenet group. It takes a lot of time and a thorough understanding of Usenet. If you don’t have solid experience with Usenet, you should not attempt this process without the help of someone who knows what they’re doing.

The process for creating a newsgroup will differ depending on if you want to create one under the Big-8 hierarchies or alternative hierarchies.

Creating a Newgroup Within the Big-8

Creating your own newsgroup involves proposing it to the Big-8 Management Board. There was previously a public vote on newsgroup proposals, but this no longer occurs. Today, only the Big-8 Board votes on new group proposals. This process can take some time depending on the newsgroup being proposed. In fact, the minimum amount of time for the entire process is at least 2 weeks but can last much longer.

Let’s say you are a cactus aficionado and want to start a newsgroup at rec.gardens.cactus. The process you would go through is as follows:

In Alt Hierarchies, The Process is Handled Differently

The alt hierarchy is an alternative to the Big-8 and is not moderated. This makes the process for creating a newsgroup much more liberated. Anyone who can send out a control message can create a new alt group. However, this is regarded as poor etiquette. First, it is recommended that you post an article in alt.config asking people to discuss your idea for the creation of a new group. After waiting for a week of discussion, then you can feel free to create your group.

Your first “real” posting can be a follow-up to a previous one, or a brand new query or comment. If your posting concerns a message that has already appeared, it is preferable to make sure it’s included as part of the relevant thread.

Your message also called an article, contains headers followed by the text of the article. Each article is directed to one or more newsgroups by a Newsgroups line in the header. You can send your message to more than one newsgroup at once, but this is sometimes considered a breach of netiquette.

A follow-up article has the same Subject line as the article which inspired it. (The notation “Re:” is added.) This makes it easier for other users browsing the newsgroup to follow the discussion. Typically, a follow-up article selectively quotes the earlier article–most newsreaders do this for you automatically–to make the discussion easier to follow.

If you ever send a posting that you regret later, you may be able to cancel it. Some newsreader software lets you attempt to cancel a message, but news servers are not obliged to act on this request. On many servers, postings routinely disappear after about a week. However, postings are not removed from the Usenet archives, and may well linger in other archives too.

If you don’t want your post to be saved for posterity, use the x-no-archive command. Simply put the following header in any post: x-no-archive: yes

To do this, you can use a command built into some newsreader programs, designed to let you enter x-headers directly. If your newsreader doesn’t allow this, just type the command above as the first one in the body of your newsgroup posting.