You are here: Home / Education / Education and the Internet: Who Is Getting Left Behind?
Disclosure: Your support helps keep the site running! We earn a referral fee for some of the services we recommend on this page. Learn more 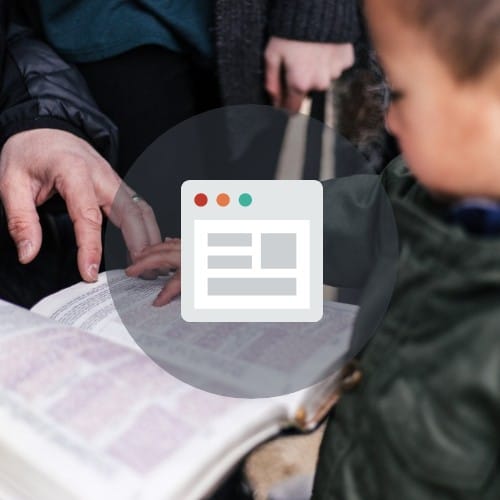 If you’re a student or parent of a student, you’re likely to be at least somewhat aware of the push to include technology in education.

Whether at the middle school or graduate school, the presence of interactive whiteboards, tablets, and online lectures is greater every year. And while there’s still plenty of debate about the effectiveness of education technology in and out of the classroom, the fact remains that education institutions are plowing ahead with their goal to make education more modern.

Yet in the background at least in the United States the cries of frustration of those least able to take advantage of the ed-tech revolution are at times drowned out by the voices of those who stand to gain the most from it. In the end, students in low-income households or in situations where Internet access is not available to face more challenges, especially when teachers increasingly expect students and parents to be participating in Internet-based activities outside of school.

Students are now assigned online homework like writing blogs, while parents at some schools are expected to complete registration forms or manage student progress reports online. Some schools have talked about adding mandatory online courses for high school students. Even digital textbooks which may require Internet to access or to further research topics contained within are making appearances in schools. Those who don’t have readily-available Internet access are at a greater disadvantage.

“The policy of providing digital textbooks is the direction schools should take,” University of Texas professor and social-media researcher Dr. S. Craig Watkins recently told the Orlando Sentinel, “but it is flawed if it assumes all students have equal access to the Internet.”

The voices of those most in favor of ed-tech seemingly make this assumption at times, relegating those students who don’t have Internet access to spend extra time in an often crowded computer lab at the school; use a family member’s, friend’s, or business’ Internet connection (assuming students have an Internet-enabled device); go to a library (many of which are struggling with public demand for their computers); or work with teachers on an alternative. This often has the effect of eating up, even more, time out of the student’s and sometimes the parent’s busy schedule.

Assuming many of those households have students in them, it’s not unrealistic to believe that many of them are getting left behind in primary schools’ push to become more tech-friendly. If educators in this realm continue to expand online requirements for students, it’s clear to me this problem must be addressed, including somehow making Internet access as commonplace as telephony. How common is the phone? Last year the U.N. declared cellular/mobile phones “de facto ubiquitous,” reporting more than 5 billion people globally as having some sort of mobile phone service.

As Internet-connected smartphones continue to replace older phones, it’s worth asking if all this concern about student Internet access is overblown. Despite the increasingly present connection that comes with today’s smartphones, they certainly don’t make for a long-term replacement for a desktop or laptop. Imagine being required to type a grammatically correct 500-word blog post on a smartphone. It doesn’t sound appealing. Eye strain, screen size, slow download speeds, and lack of a mobile application variant also tend to work against students. And while some schools are handing out iPads and laptops like candy again showing that in many cases the lack of an Internet-connected device isn’t the problem those devices likely don’t come with home Internet access.

It’s unrealistic to expect educators to back down from a tech at this point, so what can be done to make Internet access as common as phone access? The U.S. government has been trying to address that issue, though not without controversy.

“The future of American education undoubtedly includes a laptop on every desk and universal Internet access in every home,” said U.S. Education Secretary Arne Duncan at a recent conference in Austin, Texas. “We will do all we can at the federal level to support the use of technology in education,” he added.

The U.S. government has been working on that universal Internet problem, as I talked about last November. Yet despite the government’s attempts to regulate Internet service providers (ISPs), update its funding policies, and promote temporary affordable Internet service to low-income families, concerns about whether or not the federal government should even be involved with the expansion of broadband persist. Some argue such a task should be left up to state and local governments, though such arguments often fail to address who would then handle ISPs’ anti-competitive behavior.

While solutions to the universal Internet in the U.S. are difficult to find, it’s not difficult to see that many low-income households with school-age children are at a disadvantage. As teachers continue to adopt technology and create online assignments, the have-nots are left to spend more time finding solutions to a process many of us take for granted: accessing the Internet. This leads me to one conclusion: until Internet access becomes as common as phone service, educators must remain flexible with their integration of technology in the classroom.

Katie Horne is a writer with a strong technical background. She started as a C# developer, but her love of the serial comma and other aspects of the written word turned her toward a career as a writer. She is a lifelong bookworm and general nerd.